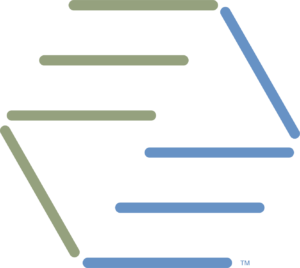 Where Are We in the “Psychedelic Renaissance” with Dr. Ben Sessa of Awakn Sciences.

We are currently witnessing the unfolding of the Psychedelic Time. Major global neuroscience research institutes are focusing on psychedelic research projects. The field of psychedelics is not fringe anymore. It is part of cutting edge neuroscience and healthcare research. And it is where psychiatry is heading. Our guest today is at the forefront of psychedelic research and may be the only person who has legally taken MDMA, LSD, DMT, ketamine and psilocybin. We are thrilled to have Dr. Ben Sessa, Co-Founder and Chief Medical Officer at Awakn Life Sciences join Gateway Sessions today.

Awakn Life Sciences is a biotechnology company researching, developing, and commercializing psychedelic therapeutics to treat addiction with a near-term focus on Alcohol Use Disorder.

Recently featured on the Netflix documentary series How To Change Your Mind, Ben has been a leading voice in psychedelic research in the UK for over 15 years through his affiliations with Imperial College London.

Ben qualified as a medical doctor from UCL in 1997 and went on to specialize in psychiatry where has worked in the field of addictions and trauma with children, adolescents, as well as adult patients for 30 years.

Ben was one of the first medical cannabis psychiatric prescribers in the UK and is an approved and registered MDMA, ketamine and psilocybin therapist. He has led research into MDMA assisted therapy for Alcohol Use Disorder and is published widely in the academic and medical press. Ben is also the author of the critically acclaimed books The Psychedelic Renaissance, as well as Altered States and the novel To Fathom Hell or Soar Angelic.

In this discussion with Dr. Sessa, you’ll discover:

-How Dr. Sessa has (legally) taken ketamine, MDMA, psilocybin and many more psychedelics as part of research protocols…03:10

-What phase of the Psychedelic Renaissance are we currently in?…04:00

-How the psychedelic renaissance differs in principle from the counter culture of the 1960’s…06:00

-Where is the general public and policymakers in regards to the psychedelic movement?…10:10

-How to avoid mistakes from the past regarding psychedelic use…14:20

-How Dr. Sessa’s work and ideology regarding psychedelics is received by his peers and colleagues…17:00

-How does ketamine therapy work, and what to expect before and after treatment…22:45

-The “integration” process used with the treatments available at Awakn Sciences…28:55

-The frequency and efficacy of ketamine and MDMA treatments…32:30

-The profound difference between clinical and recreational use of psychedelics…36:15

-The nature of “come downs” and precautions to take to avoid them…39:42

-Timeframes on the legality and accessibility of clinical psychedelics…42:20

-Legality of cannabis in the U.S. and the UK, and its relation to psychedelic use…49:01

-Educational resources to learn more about Awakn Sciences and psychedelic use in general…52:45

Connect with our guest: